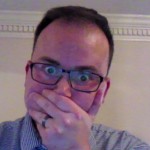 I’ve been playing the PS5 version of Warhammer: Chaosbane – Slayer Edition, and it’s been fun. This new edition contains everything in the base game and includes twelve different DLC packs including new areas to slay and a new class. If you’ve been waiting to jump in, this is the complete package.

We already have a review of the game on the site, so I won’t cover everything. You can read the full review here, but I will give you a quick overview of the game.

If you are unfamiliar, Warhammer: Chaosbane is set in the Warhammer Fantasy Battles universe. The combined races have been fighting the destructive forces of Chaos, and, just when there might be a lasting peace, a sneak attack leaves them looking for answers and revenge.

That story is split across multiple chapters with different areas for you to explore. You’ll accept missions from a home base in the area and kill all kinds of monsters. The bestiary in the game is good, and I enjoyed the variety across different areas.

The kill-loot-sell loop that makes up the gameplay is good too. I love a hack-and-slash looter, and, although it doesn’t do anything revolutionary, it does nail the important parts. Combat feels good. You can find a ton of loot to shape your character and make them more powerful. Sell off everything, and repeat.

Do that enough, and you’ll gain experience to level up and open up new skills. Some skills are specific to your class and are gated by restricting the number of skill points you can use to assign new skills. Higher skills allow more customization. It’s deeper than I’ll go into here, but it’s a good system.

To give some of the new content a try, I only played as the new Witch Hunter class. It’s a great class for me and is flexible enough for anything. The fervently religious Jurgen Haider can quickly switch between a sword attack or a pistol attack with a flick of the right thumbstick to solve an annoying problem. There’s always that one guy that stands back to hit you with arrows while others swarm you. With the Witch Hunter, I can quickly melee those near me and switch to guns to blast from a distance. If you add in the trap ability, it’s tough to beat.

The DLC chapters for The Tomb Kings and The Forges of Nuln content are included too. Forges was a free update, but The Tomb Kings is a premium DLC that takes you into the desert. The Tomb Kings looks as good, if not better, than everything else I played in the game, and I like the environment change with its contrasting black and gold corridors filled with swarming scarabs that remind me of The Mummy movies.

I’ve saved the best for last, because the Slayer Editon runs at a lovely 4K 60FPS. I’ve looked at a little footage from the original release, and there is a big step up on the PS5. The combat is more fluid and smooth, and enhanced environmental details give you slimier sewers and sharper views on everything.

Technically, the game runs exceptionally well too. My trips through the Tower of Chaos fill the screen with frenetic action and enemies, and it looks great without any slowdown. That applies to the rest of the game too, and you have good loading times as well.

There was one weird problem, and I only mention this to be entirely honest about the experience. There were about four crashes, but I’m not sure it was the game. A crash screen would come up, I would submit the error report, and I would click back on the icon to restart the game. The game would come up immediately without restarting, and it would be paused exactly where I left it without losing any progress. This is probably a PS5 problem more than a game problem. If it is how next-gen games crash, sign me up. Once again, I only mention it to be thorough.

My time with the Warhammer: Chaosbane – Slayer Edition was good. Throwing in all the updates and DLC in one package gives new players plenty of content, and the increased fidelity on the PS5 is great no matter what you are doing. It doesn’t change the gameplay from the original, but it does make everything you loved about the first one even better.