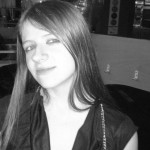 Film noir is a shameless enjoyment of mine. They feature cynical yet unlikely heroes, oversized trench-coats, and the highs and lows of a detective thriller. Chicken Police: Paint It Red embodies all the above but with a twist, as human heads are traded with anthropomorphic animals. It’s basically if Zootopia became an R-rated film with edgy chickens swearing and smoking cigarettes everywhere.

Chicken Police: Paint It Red is a point-and-click adventure, with the focal point being its narrative-driven plot. The story follows Sonny Featherland who is a detective at Clawville Police Department, counting down the days until his retirement. He was one half of the famous Chicken Police duo who solved some of Clawville’s most notorious crimes. Nowadays, Sonny spends most of his time at a bottom of a whiskey glass. However, this all changes when a classy dame seeks his help on New Year’s Eve. With the case being too big for one Chicken to handle, he approaches his old mad-gun loving partner and the other half of the Chicken Police, Marty MacChicken for help. Although the last time they saw each other it wasn’t on the best of terms…

Without heading into spoiler territory, the narrative is fantastic. It feels like a true detective novel, with social and political commentary hidden throughout, which I personally enjoyed. There are a few predictable plot points, sure, but this doesn’t take anything away from the excellent storytelling or dialogue, and that’s what matters. The characters are also top-notch with Sonny being my favourite character with his sarcastic remarks and his gruff outlook. Though all the characters are memorable in their own way.

You’ll interact with characters in different locations such as a greasy dinner to a swanky club to gather information. You can approach and interact with characters in these locations using the point and click mechanic to start a conversation with them. The types of animals you encounter range from a mob boss rat, a chief of police bloodhound, and an alluring soulful singing cat.

Conversations come in different forms, that will be available at different times of the game. They range from simply having a good old natter, asking them general information, and that all-important questioning. You’ll only be able to question relevant characters and is often how you progress onto the next part of the game.

Questioning is where a big bulk of the gameplay is at. You’ll cross-examine characters to gather information about the case. At the beginning of the questioning, what you can ask will be limited, but certain questions will gather impressions from the suspect and every impression gained will add a new line of questioning.

However, you will have to be careful not to mess it up, as you’ll want to keep the suspect on-side. Your success is displayed by a detective meter. You can ultimately fail the questioning if your detective skills are not up to scratch. This may sound easy, but surprisingly different characters will react unpredictably to some lines of questioning – and buttering them up will not always get the best results. So, don’t be a chicken when it comes to what questions you ask. At the end of every questioning, your detective efforts will be ranked out of five stars. I’ll admit, I didn’t get a perfect score on every questioning, and I could very much see myself replaying the game to get that perfect chicken-run.

Throughout the game, you’ll be able to go to new locations or go back to prior locations for a limited time only. If you want to see everything there is to offer, you’ll want to venture back to limited scenes in-between tackling the main storyline as there will be more characters to have a chat with, alongside collectable goodies to gather. There is also the occasional minigame, such as dusting off your gun at the shooting range. If you keep to the main storyline, you can finish the game in a reasonable few hours – however, if you really want to get the most from the experience I would recommend going to all the side-locations as well. The more I played, the more I was pulled into the plot and the mystery.

Visually, the game is outstanding with its distinctive black and white filter throughout that exemplifies the classic noir backdrop. The game utilizes both 2D and 3D illustrations to give a vintage cinematic tone to the whole experience. This overall ironically gives a realistic approach to the design of the characters and the world. Personally, I really appreciated the gritty atmosphere, with the contrast of using animals interacting with one another to create a light-hearted tone.

This is accompanied by spot-on voice acting, which sounds true to the characters. Honestly, I think if the voice acting had fallen short it would have potentially dampened the whole experience. Luckily, this did not happen, and in fact, it’s perhaps some of the best voice actings I’ve heard in an indie game for a long while. The jazz soundtrack helped set the mood for a lot of the events during the game as well.

I wasn’t sure what to expect when I started playing Chicken Police: Paint it Red, but now I want Chicken Noir to be its own genre. This unique detective experience lets you enter a bizarre yet memorizing world where the coffee is cold, and the crimes are even colder. I often found myself clicking on everything I could as I wanted to soak up all the game had to offer. Some may find the pace of the game slow with its point and click gameplay, but if you can look past that you’re in store for a cluckin’ good time.

Chicken Police – Paint it RED has a fantastic narrative, memorable characters, and an unforgettable atmosphere. If you’re not off-put by point and click exploits and are a fan of classic noir tales, this is certainly a game you should go undercover for.