Superliminal is an interesting and original puzzle game that uses the environment and the idea of perception to create some genuinely clever puzzles.

The premise is one we have seen plenty of times before by this point. You play a nameless research subject, taking part in an experiment looking at dream research. As a narrative framing device, it is a tried and tested way of piecing together the various puzzle rooms you encounter as you make your ways from one room to the next, and by now, the whole idea of a science experiment gone wrong as a way to explain why you have to escape a series of interconnected rooms is pretty much a genre all on its own, but for the simple reason that when they are done well, they work. Superliminal is an example of one done well, and although it doesn’t reach the lofty heights of some of its predecessors in the genre, it is a fun and original entry just the same.

Superliminal starts as you would imagine – with things going belly up pretty quickly. By placing the game in a dream, developers Pillow Castle have come up with a pretty handy way of explaining the surreal environments you find yourself in, and the puzzles you are faced with in Superliminal are original and challenging. As you delve deeper, exploring what is essentially your character’s dream, things do take a turn and the game does have fun messing with your head and using various stereotypes about dreaming to do so. 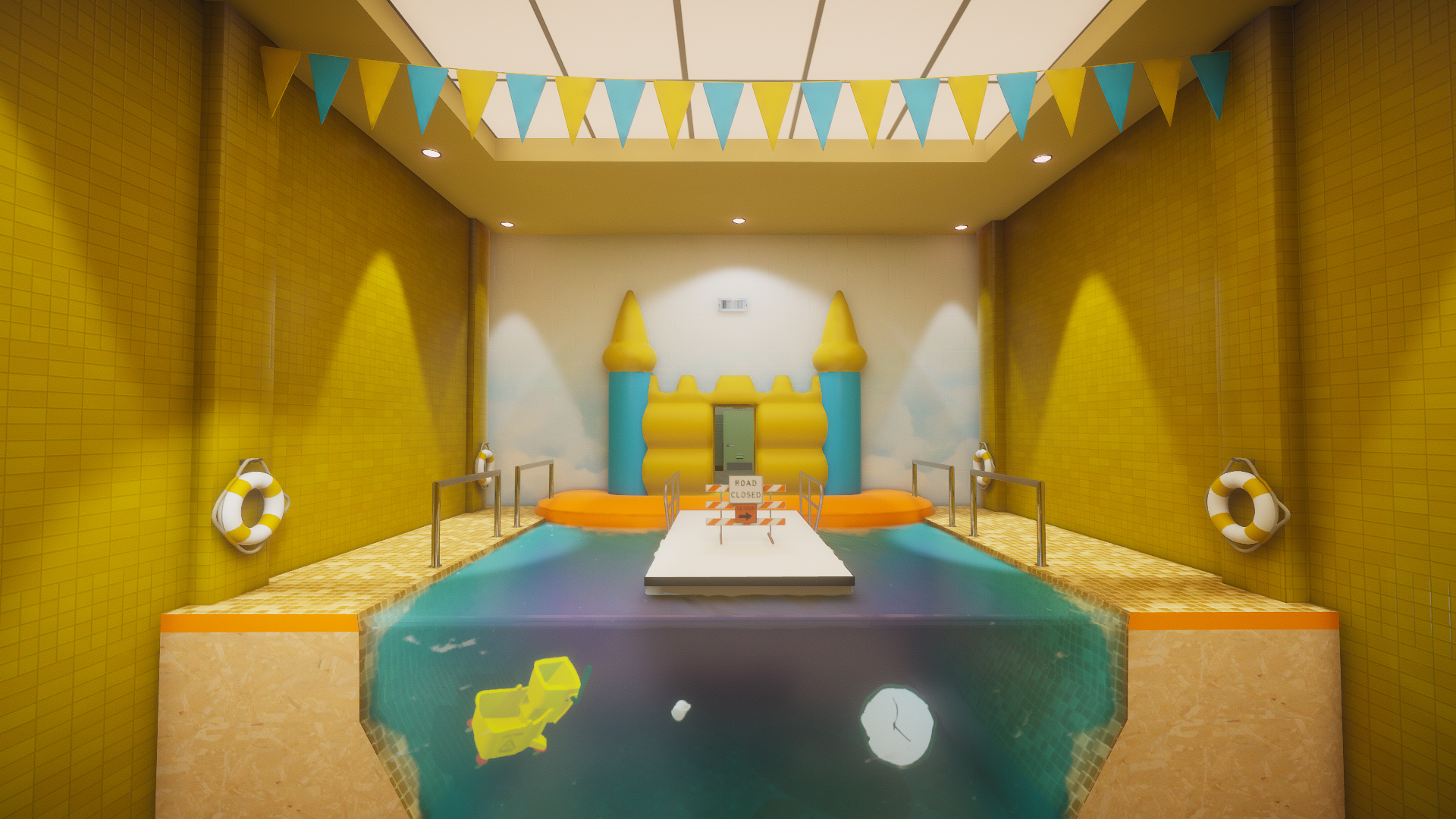 Early on it is clear that there is something very much akin to Alice’s Adventure in Wonderland about Superliminal, in that things that were big can be small, and small things can be big, just like when Alice experiments with those psychedelic mushrooms after being led astray by that overly happy cat. Using perspective and some clever physics, you have to use a simple but ingenious idea of finding and enlarging objects to escape the many rooms you find yourself in. By picking up objects and then positioning them in your field of view so that they either look larger or smaller, you can drop the object for it to take on these new properties that you can then use to access areas that were once out of reach. The whole idea is so simple but works beautifully in its execution.

Superliminal has a pretty decent learning curve and it introduces the puzzles in such a way that, although challenging, they never feel stupidly so, and the environment is interesting enough to keep you exploring whenever you get stuck. Although having said that there are a few rooms that do test your patience. One, in particular, had me scratching my head, but when I finally cracked it the sense of accomplishment was up there with some of the best puzzle experiences I have had in gaming.

The game itself doesn’t hold your hand and hit you over the head with solutions. Puzzles are built up cleverly without being overly repetitive or tiresome, and you are given the time you need to work out what you have to do for yourself without a hint flashing up or a condescending voice mocking you as you sit in your pants wondering what to do next.

Pillow Castle has done a good job of creating a sense of foreboding too, by using a juxtaposition of a calming piano score against the occasional message you find scrawled on a wall or the various cassette decks that add a simple narrative to your exploits. Occasionally a very GLaDOS sounding voice will reveal how you have “…deviated from the route” or are in a “dream paradox”, and this all helps to add to the sense that something has gone wrong in a very Inception-like way as you build to the game’s climax. This is all done subtly and never forced – if you don’t go poking around in some of the game’s environments as I did, some of these messages could have easily gone unnoticed. Superliminal does this in such a way that it encourages you to fill in the gaps for yourself – by not overtly telling you this is who you are and this is what is going on, you are subtly coerced into thinking one thing, for better or worse. Without giving too much away, this is pretty much the games overall message, with things not always being what they seem, with all not being fully revealed until the game’s climax.

It is during the games third act that Superliminal seems to run out of steam, and some of the levels are just designed to mess with your head a little bit rather than being clever “escape room” type puzzles. Scenes and rooms repeat frequently (if you’ve seen any of several films depicting dreams where a character runs from one room only to enter it again you’ll know what I’m talking about) and the enlarging/shrinking mechanic is often forgotten in what feels like a desire to stretch the game out a bit longer. Although still fun, it did feel like a wasted opportunity with some of the ingenuity and visually pleasing puzzles from earlier falling by the wayside as you run through a repeating kaleidoscope of various settings trying to find a way out. By the time this happens, you are invested enough to see the game through to the end, but it does start to borderline on the trippy. Sticking with it, it does manage to pull all the dangled threads back together for the game’s conclusion.

Although the narrative is thin, it is charming and redeems itself in that, if you are interested in these sorts of games the way I am,  ultimately you come for the puzzles and not the story. As it is, the story is told through various jumbled voice-overs, whether they come from the tape decks scattered about the place or the tannoy that interrupts proceedings with ambiguous yet slightly ominous messages, and a few visual clues that have you trying to piece what you know into a coherent narrative. Throughout my time with Superliminal I thought I knew where it was going, and for 99% of the game I was right, but it does pull a subtle bait and switch upon completing the game. As it is, this is not a groundbreaking twist but it is a welcome one that meant I finished the game with a smile on my face. Superliminal doesn’t do anything new in terms of narrative, but what it does it does well, and the story works in piecing the puzzles together as you make your way from one room to the next. 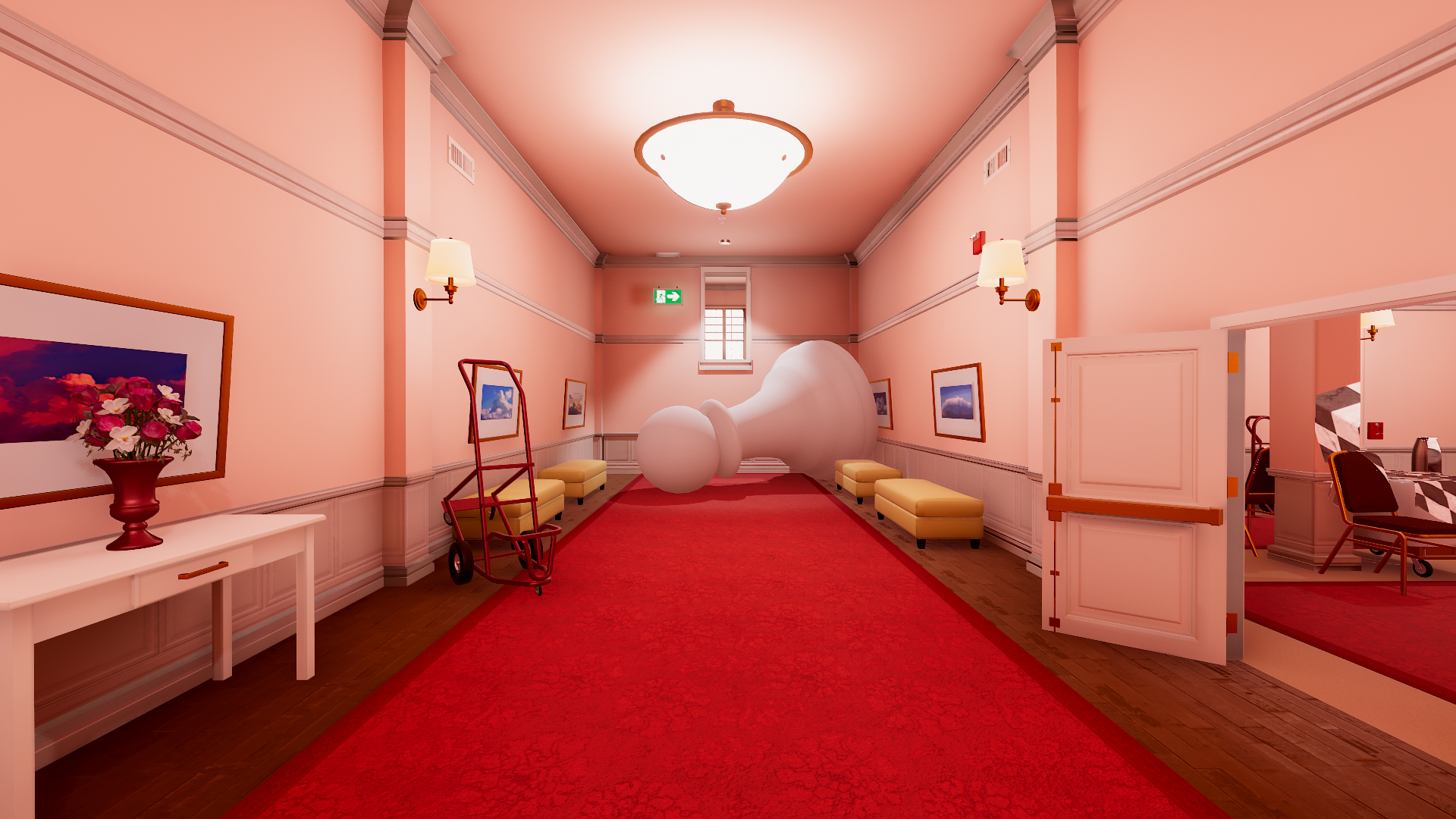 Where Superliminal falls is in replay value. The joy of Superliminal is in solving the puzzles and challenging yourself to find your way out of the various rooms you find yourself in, but once you have them cracked revisiting them a second time loses some of that appeal. There are trophies for completing it at speed and a few collectables in the form of chess pieces and hidden blueprints to go back and hunt for should you wish to, but the game isn’t all that long on its own. Having just finished off TLOU2, it was refreshing to have a game that was quite easy to pick up and not overly long, so it might work as a suitable palette cleanser should you feel you need one.

Superliminal is a puzzler that messes with your perception of the world around you to create some interesting and original puzzles, packaged up in a narrative that we have seen plenty of times before. If you are after a decent puzzler that is light on story, Superliminal is up there with some of the best. That being said, just because the story might leave you wanting, what Superliminal does have to say is interesting and upon completion, I did feel a sense of accomplishment and self-validation that the game actively endorsed, and after all, isn’t that what playing games is all about?

Although short in the story department, Superliminal isn’t lacking when it comes to puzzles. An interesting take on the tried and true experiment-gone-wrong-escape-room-puzzler, there have been few games recently that can match Superliminals appeal. If you like intriguing puzzles it is definitely worth your time.

Review Disclaimer: This review was carried out using a copy of the game bought at the expense of the reviewer. For more information, please read our Review Policy.